MGM founder Kirk Kerkorian steps down from board of MGM Resorts 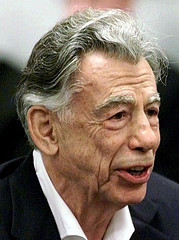 An era will come to an end in June when founder and director Kirk Kerkorian will step down from the board of MGM Resorts. While Kerkorian is no longer majority owner of the company—which he was until 2009—his Tracinda Corp. still owns 27 percent of MGM.

Kerkorian’s history in the gaming industry dates back to 1964 when he leased land he owned on the Las Vegas Strip for the construction of Caesars Palace. In 1967, he launched the second generation of Las Vegas casino resorts when he began construction on the International, which is today the Las Vegas Hilton. After selling the property, he built the original MGM Grand (now Bally’s Las Vegas), which at the time was the world’s largest hotel. He later acquired several other Las Vegas hotels, including the Sands, the Desert Inn and the Marina, which later was incorporated into today’s MGM Grand in Las Vegas, also the world’s largest hotel at the time of its opening. Kerkorian reportedly convinced Steve Wynn to sell Mirage Resorts to MGM back in 2000, and he was also an active participant in the purchase of Mandalay Resorts in 2005.

n an interview with Bloomberg, the 93-year-old Kerkorian says health isn’t an issue. He says the board meetings “got to be very lengthy” and he’d prefer another role, which is senior adviser and MGM’s first director emeritus. He will be permitted to attend board meetings and executive sessions; he just will have no voting power.

But Kerkorian continues to be well represented on the MGM board via Tracinda executives Dan Taylor and Anthony Mandekic, not to mention MGM Resorts Chairman and CEO Jim Murren, who is devoted to Kerkorian.

Kerkorian says he talks with Murren at least four times a week.

“I think the world of management, and they’re coming out with some real good news,” Kerkorian said, referring to MGM’s Macau deal with Pansy Ho. According to Bloomberg, Kerkorian believes Murren “is doing a great job. He’s young, enthusiastic and has a lot of energy.”