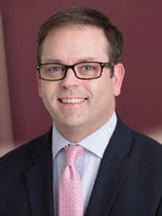 The 465 commercial casinos nationwide reached a historic high of $41.7 billion in gaming revenue, according to the American Gaming Association’s annual State of the States report, outperforming the national economic growth rate. What’s more, half of the 24 commercial gaming states reported record revenues last year, with nearly every state showing increased revenue, reflecting the strength of local economies across the country.

More than just economic benefits, the vast impacts gaming has on communities continues to shine through. Gaming taxes generated $9.71 billion to state and local governments in 2018, along with the billions more from indirect sales, income and other taxes. This revenue allows states and communities to invest more in education and infrastructure, expand social and emergency services, and provide tax relief for hard-working Americans all around the U.S.

Legal sports betting’s impact on gaming cannot be understated. With the Professional and Amateur Sports Protection Act (PASPA) overturned, states and sovereign tribal nations have started to build their own legal, regulated sports betting markets generating $430.2 million industrywide over the last year. This is a dramatic jump from the $261.3 million in revenue generated by Nevada alone in 2017.

Legal sports betting has proved to be wildly popular, with nine states operational today. This growth will continue as new markets emerge across the country, making it more important than ever that we get sports betting done right as it expands across the U.S. and into the more than eight states that plan to be operational in the next year. All new markets should be established with strong consumer protections, sensible tax rates and provisions that put responsible gaming at the forefront.

Our industry’s future is bright. Most Americans agree that casinos are helpful to local economies, and nearly nine in 10 adults view gaming as an acceptable form of entertainment. We’ve seen new commercial casino properties open in Colorado, Massachusetts, New Jersey and New York, and recently welcomed Arkansas as the 25th state to legalize commercial casino gaming (and the 41st state overall with legal casino gaming, including tribal casino operations).

As we look ahead to the future, the AGA is committed to building on this great progress to continue to modernize the industry, build strong partners in local communities and Congress, and ensure that legal, regulated sports betting is rolled out in a responsible manner.