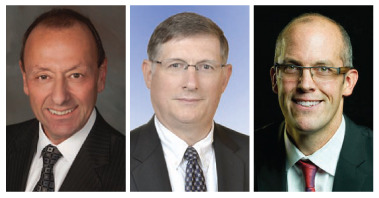 The principals of Global Market Advisors, Andrew Klebanow, Steve Gallaway and Bill Bryson have vast experience in the casino industry, so when they bring the focus to an issue, they can drill down and get to the bottom of the problem. In 2015, several articles in GGB magazine raised the awareness in the industry of the steadily rising hold percentage on the slot floor and what impact that has on players and operators. And their long experience in Asia has made GMA the “go to” company to hire when you’re considering investing in any Asian country, especially Korea, Taiwan, Russia, Vietnam and Cambodia.

How did you come to the conclusion that slot payback percentage was a problem?

Klebanow: We conducted player focus groups in Las Vegas and around the country, and the one message that was consistent was that slots were getting tighter. Now, that could have been anecdotal, but once we started looking at the data, it became clear that not only was the slot hold increasing, it was far more dramatic than we had thought, up to 40 percent over the past 10 years.

Now, the casinos say the hold is only a point or two higher, but it’s really much higher than that, isn’t it?

Gallaway: If you have a 10 percent hold game and you increase it by two percentage points, you’re really increasing that hold by 20 percent. And this is on top of how much the average bet has increased. Historically, the higher denomination the machine, the lower the hold percentage. So when pennies were introduced, the reasoning was those machines should have the highest hold. But a penny game is not a penny game anymore. When you have an average bet of $1.50 or $1.75, and compare it to the average bet of a quarter game, 75 cents, the average bet of a penny game is twice that. So that gives you half the time on device, coupled with a much tighter machine. It’s impacting the customer experience negatively.

GMA is very active in Asia, with many clients. What’s the current consensus on the government crackdown in Macau?

Bryson: We’ve seen this many times over the years, but this crackdown has had some serious legs. The first was aimed at government officials who were illegally taking money to Macau. The second was a crackdown on conspicuous consumption, which went beyond gaming, the large purchases or very public events. And the last crackdown was on the people who market to Chinese to gamble, the junketeers. That’s the most troubling aspect of this crackdown, and it shows me that this might be going on for a while.

How is Macau going to survive?

Bryson: I think the operators are going to have to take a second look at markets they’ve by and large neglected for years because the Chinese market was so huge.

Gallaway: That being said, the Asian gaming market is so large, you still have 300 million-plus middle-class Chinese, and while it is now going through a recession, they will get through it. Trying to predict China’s policy is very difficult, but as China goes through a recession, some neighboring countries are going to benefit.

How about Vietnam, where you have several clients? There’s one big resort there and proposals for more.

Klebanow: There are very few markets in the entire world where a $4 billion resort makes sense, much less in an emerging economy like Vietnam.

Gallaway: And the only way a $4 billion project could even begin to be feasible—and it definitely is not—would be if you had a guarantee that you could attract the high-level junkets that were going to Macau over the years. We don’t see that happening.