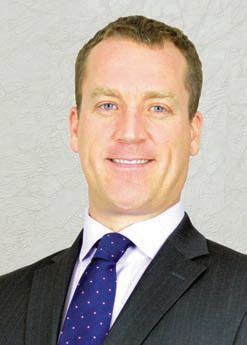 There is a long history of land-based gaming executives taking the leap to iGaming. After all, if you understand how gambling works person-to-person, it’s not such a leap to following the progression online.

Michael Bolsover, however, went the other way. Born in Hong Kong and schooled in London and the U.S., he planned to spend a career trading equities. Instead, he joined Victor Chandler, the trailblazing iGaming company, in 1999. Soon, he decided to bring the British sports betting model to the Asian market, where it was only legal in licensed casinos.

“The idea,” he says, “was to establish this model and expand it throughout Asia.”

A funny thing happened along the way, however.

“I bumped into Tim Shepard, who independently had come to the same conclusion as me,” he says. “Tim had a similar background in online wagering on dog racing and horse racing. He was about three months ahead of me, as he had already established a group. But as soon as we met, we realized the synergies and the strengths behind pooling our efforts, so we joined together.”

And it wasn’t long before Silver Heritage was born, quickly pivoting to land-based gaming on the Cambodia-Vietnam border, bringing online gaming into the land-based environment, with sports lounges in Cambodian and Laotian casinos.

“Based on the knowledge we had of sports wagering and risk management, we quickly moved into the provision of slot machines and automated table games. So between 2004 and 2010, we built up a solid understanding of the business, with over 1,000 units in six or seven countries.”

Leasing space at casinos owned by others wasn’t very gratifying, says Bolsover. Since then, Silver Heritage has expanded to operate a casino in Vietnam and a casino in Kathmandu, Nepal.

“After 2010, we really focused our attention to becoming an owner/operator,” he says. “So now, we operate two casinos, and we’re building a third on the border of India and Nepal.”

Bolsover says Silver Heritage has developed a broad base of Western-standard employees who help to manage the casinos in the various companies, in addition to hiring locals.

“They play a huge part in the development of the casinos,” he says, “and we have tremendous loyalty among our employees.”

With its Nepal activities, Silver Heritage is blazing a trail in the Indian market.

“It’s a tremendous market,” he says. “Just last week, we had over 400 people for the first time in our Kathmandu casino, the first time that happened in a casino with just 22 tables.”

Bolsover’s rapid rise through the industry isn’t a mistake. He says hard work and dedication played a huge role in his advancement, along with an entrepreneurial spirit. He says he followed simple rules, however, in making his decisions.

“Make sure you have a strong business partnership,” he says. “Always make choices that are based upon a long-term view. There are no quick fixes. Know your market, know your partners and work hard.”