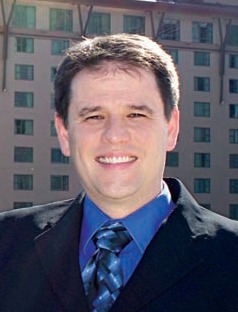 Joshua Vaught sought out to quickly establish his place among senior leaders of the gaming industry, and he has succeeded in that goal in less than a decade.

Vaught is the director of casino operations at Harrah’s Cherokee in North Carolina, and was the winner of the 2014 Emerging Leaders scholarship award through the Global Gaming Expo.

Vaught graduated from Appalachian State University with a bachelor of arts degree in economics, as well as minors in Spanish and biology. With a diverse educational background supporting him, he set out to find a career that would be “fun and exciting.”

Vaught is a self-described family man with close ties to his grandparents, so he was reluctant to move away from North Carolina. With this leading priority, his options were limited, as there are few industries in his home area of western North Carolina. By discovering the Harrah’s Cherokee Casino, he was able to stay relatively close to family and enter a career that is now on a fast track upward.

Vaught joined Harrah’s Cherokee in 2004 as a member of the Impressment Team. He was promoted to dual rate impressment supervisor in 2005 and then joined the table games department as a table games supervisor in 2006. Within the ensuing eight years, Vaught has worked as relief game manager, transportation manager and casino manager. This year, he was promoted to director of casino operations.

Vaught says he loves the gaming business. “The gaming industry is ever-evolving,” he says, “and the most challenging part is that to be successful, in some regard you have to try to be all things to all people. A 25-year-old gaming patron wants and expects a different experience than a 65-year-old gamer. I am challenged every day to make sure the casino, hotel and amenities work in unison to complement each group of patrons while not ostracizing another.”

Even after 10 years in the gaming industry and the numerous challengers and hurdles, Vaught says there has not been a single day when he looked back and said, “Wow, what a boring day.” He calls this the ultimate satisfaction.

He has not only stayed close to his family, but developed new local relationships through his career. That has allowed him to interact with a wide range of diverse and interesting people, which he says is the best part of his daily job.

Vaught also says there was no way he could get to where he is now without the help of the people around him. He specifically notes colleagues Char Carver (table games casino manager) and Adam West (VP of operations). “Carver taught me the importance of creativity and surrounding yourself with great people and having the courage to take risks,” Vaught says. “West taught me organizational skills, critical thinking, and analyzing all sides of a problem to seek resolution.” Vaught has tried to mimic these men in many ways throughout his career, including the pursuit of his MBA, which he is currently in the process of completing at Western Carolina University.

Vaught’s advice to future emerging leaders: “First, don’t be afraid or ashamed of your work. If you are willing to learn, have a positive attitude, and work hard, many opportunities will present themselves in a short time.”

Second, apply a philosophical approach that applies to not only the gaming industry but life itself: “Practice moderation in all things. You must be passionate without being overbearing, enthusiastic without being insincere, happy without being silly, stern without being militant and confident without being arrogant.”

Vaught says people have a greater affinity for leaders who are emotionally stable and adhering to their values. His experience, he says, has shown him that this is the best way to gain the respect of employees and others around you—and that is the mark of a true leader.