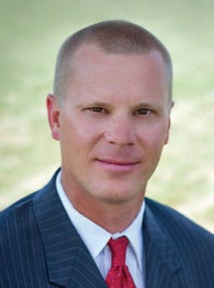 There is no question that when Jeremy Enke finds something that he likes, he pursues it 110 percent.

In the gaming world, Enke became intrigued by the online real-money poker market when it was emerging in the United States in the early 2000s. As a result of his sparked interest in this ever-evolving segment of the gaming industry, he began working directly with operators as an affiliate, quickly building a revenue stream by sending new players to various online gambling sites.

“It was then that I realized what a great industry iGaming was, and that I wanted to make a career out of it,” Enke recalls.

Like many professionals in the world of gaming, Enke had no idea he would find his calling in this industry. A Concordia University Chicago graduate with bachelor’s degrees in business management and communications, he began working in the sales industry in Chicago following his graduation. During that time, he built experience in marketing, which he then discovered was his passion.

His focus shifted to the gaming industry in 2003 while working in pharmaceutical sales, realizing his desire to get involved with an industry where he could create something from the ground up. Since the idea of online poker using real money was freshly taking off at this time, Enke’s wish came true when he became the CEO of Empire Marketing, a marketing agency and consulting company that specializes in poker affiliate marketing.

Enke’s desire for building businesses has been put to even more use since then, as he has founded two internet-based companies focusing on online poker: Pokeraffiliateworld.com and Pokeraffiliatelistings.com.

In 2013, with more than a decade in gaming industry experience, Enke joined the team of FourCubed, a top leader in the online gaming internet marketing industry. He is able to use his marketing skills as the director of innovative marketing, where he specializes in regulated markets in the United States and Europe.

Enke definitely keeps himself busy, as he is also the director of acquisition for Pala Interactive, a California-based company that specializes in iGaming platform development, casino networking and internet wagering. Founded in 2013, Pala Interactive was created in anticipation of upcoming legislation throughout the United States to allow real-money internet wagering.

Through his several professional avenues, Enke is able to keep up with the online real-money poker industry, and is considered to be an expert on the topic.

Throughout his career, Enke has consistently surrounded himself with other successful marketers and industry executives. The people he has come in contact with throughout the years have collectively become one of the most enjoyable aspects of the industry to him. “Whether at industry conferences or business trips, the gaming industry offers one of the most diverse groups from all across the globe that I have ever seen,” Enke says.

Enke learned early in his career of the value provided by those around him. While he cannot select any single person as his most important mentor, he has learned the most from “those who have been able to adapt best to the constantly changing U.S. landscape.”

Coincidentally, the changing U.S. landscape is also what Enke considers to be the most challenging part of the gaming industry. “If not for an effective diversification strategy throughout the years of UIGEA and Black Friday, I may not have stayed in the gaming space,” he says.

As a successful industry professional who started his career with no gaming experience, Enke naturally has advice for anyone looking to begin and advance their career within the gaming world.

“Perseverance is critical to advancement in the gaming industry,” Enke says. “In a constantly changing environment, individuals have to be ready and willing to change with it. Equally important is surrounding yourself with other successful gaming executives and learning the various aspects of the industry.”

Enke has successfully accomplished both of the things and is fully engaged on various aspects of the iGaming world—with no intention of slowing down.