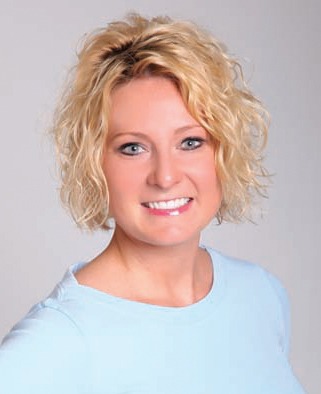 Allison Bair, known by her friends as Alli, happened upon the gaming industry by chance and took it by storm.

She graduated from Buena Vista University with a bachelor’s degree in business management in 2004. Although she had never gambled before, when she discovered a casino was being built in the nearby town of Northwood, Iowa, Bair applied for a slot supervisor position “just for fun.” Little did she know this decision would completely change the course of her career.

Bair showed true ambition from day one, earning a promotion in just two years, followed by another promotion two years later. In 2011, she was chosen to be part of the opening team for Kansas Star Casino. Excited to be involved in such a large project, she jumped at the opportunity to be part of the new facility. Three years later, she is the slot operations manager for Kansas Star, one of Boyd Gaming’s highest revenue-producing properties.

As a young professional, Bair advises up-and-coming gaming professionals to never hold back from accepting a challenge, which she says is one of the qualities that got her where she is today. She also suggests to those who are new to the industry never be afraid to take opportunities, even if they involve relocating or taking on a different position.

Bair credits a temporary position in human resources for building her skills in employee relations and conflict resolution, which she uses daily as a slot operations manager. “Those types of challenges, although intimidating at first, are often the most rewarding,” she says, “and will expose you to people and opportunities that can help you to build an amazing career.”

Within the last eight years, Bair has been influenced by two people who she calls her greatest mentors. She credits Bruce Peterson, Boyd Gaming corporate director of slots, for motivating her at the start of her gaming career. Peterson, she says, would constantly provide feedback addressing any concerns or ideas in addition to exposing her to as many professional opportunities as possible.

“He is the reason why I ended up at Kansas Star in my current position and has always been my biggest cheerleader,” says Bair. The current director of slot operations at Kansas Star, Shane Davis, is Bair’s other mentor. She quickly made herself and her aspirations known to Davis, who took her under his wing to provide advice and guidance. “We tackle every project, initiative and challenge together,” she says, “and I feel so fortunate to have someone with his experience so excited to pass his knowledge on to me.”

Being a young woman in a male-dominated industry, Bair had to make it known that she was not only strong, but capable. She was able to overcome this obstacle and has developed great relationships with not only her colleagues, but also her guests. These relationships have enabled her to have a positive work atmosphere, where “I laugh more every day than I think most people do in their professional careers.”

While Bair has faced some challenges in her gaming career, she eagerly looks forward to what is next for not only her, but also for the industry. She sees the internet and social gaming trends becoming a place where young professionals interested in the gaming industry can dive in and flourish.

In 2015, Bair will add new products and themes to Kansas Star’s current slot mix to boost the guest experience. “I also look forward to the Bears winning the Super Bowl, but that one may be a long shot!”