Will #metoo affect the balance of power in gaming? 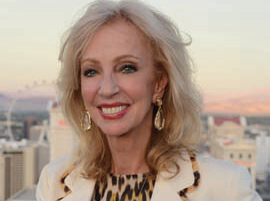 The fight for gender equality took center stage in 2018 with #metoo, which led to the downfall of powerful men including Harvey Weinstein, Matt Lauer, Al Franken and of course, Steve Wynn.

Last February, Wynn stepped down from the empire he founded amid allegations of chronic sexual misconduct. In his wake, the company added three female board members (for a total of four) in what CEO Matt Maddox called “a new era” of representation for women.

The news is encouraging: MGM Resorts now has four women board members. In October, Caesars appointed its first. And when Geoff Freeman departed as head of the American Gaming Association last summer, he was replaced by interim CEO Stacy Papadopoulos, AGA general counsel and senior vice president of industry services. And Sara Slane, the AGA’s senior vice president of public affairs, has led the organization’s sports betting legalization drive, among other female senior staffers at the AGA.

“I’ve been giving the same speech (on equal pay and representation) for 25 years, and quite frankly, the numbers haven’t changed,” says Jones. “Companies love to say, ‘Fifty percent of our workforce is women,’” but in the top ranks, the distaff side is still scarce, accounting for about 14 percent of senior vice presidents and 4 percent to 5 percent of CEOs.

In one oddball statistic, “there are more CEOs named David” in Fortune 500 companies than the total number of women CEOs, says Jones.

According to the 2018 Women in the Workplace Study, co-sponsored by McKinsey & Co. and LeanIn.org, women still earn appreciably less than men: “78 percent and 82 percent on the dollar for women; 68 percent for black women; and 58 percent for Latina women,” she adds. “Those numbers aren’t moving,” despite highly publicized promotions of women.

In the quest for gender parity, says Jones, “companies must specifically target where they want to be, measure how they’re succeeding against those targets, and build in processes to make sure their recruitment practices are giving them the most diverse pool. Then, sponsorship and mentorship practices must move those (recruits) through the system, and performance evaluations must include diversity and inclusiveness criteria. What isn’t measured doesn’t count.”

Phyllis A. James, executive vice president and chief diversity and corporate responsibility officer for MGM Resorts International, says inclusion isn’t just a social justice imperative—it’s good business. In 2017, when MGM was named a top U.S. company for diversity by DiversityInc, James said, “A business becomes stronger and more competitive when it leverages the talents of all of its employees— and their different backgrounds, cultures, ideas and viewpoints—to create better, innovative strategies and methods for exceptional products and guest services.”

Methods will change before minds do, she adds. “This is a broad-based social, political and economic movement. There are ebbs and flows, big leaps and incremental steps. I like to think we got a big leap from #metoo, but it’s going to take several generations to change ingrained cultural and social attitudes. Companies must go beyond bare legal minimum and truly embrace diversity.”

To women seeking professional advancement, she says, “Be the best you can be. If you’re not naturally assertive, practice. Speak up. Don’t recede into the background and don’t wait to be called on. Take stretch assignments. And don’t give up. If you hit a roadblock, figure out why it happened and get some advice about it. Usually there’s more than one road to where you want to get to.” She adds, “There’s a myth that all white men have been given everything on a silver platter. That is not true for all white men, and we shouldn’t stereotype white men any more than women.”

Jones cites the famous “blind orchestra” auditions of the 1970s and 1980s that helped change the gender makeup of symphonies. “For years, about 10 percent of orchestra members were women. Then they started doing blind auditions, where applicants auditioned behind a curtain. Now almost 50 percent are women.

“I call it unintentional chauvinism or misogyny. People—men and women alike—don’t recognize their own unconscious biases. If you don’t change the mindsets and then give an organization the tools to actually move and enact change, (workplace equality) will remain a conversation.

“This is not an evolution,” Jones says. “If it was an evolution it would have happened on its own. I call it a managed revolution, where companies look at themselves and grade themselves on where they are. And the workforce can grade them too.”