Regulators are coping with historic changes and complex technology 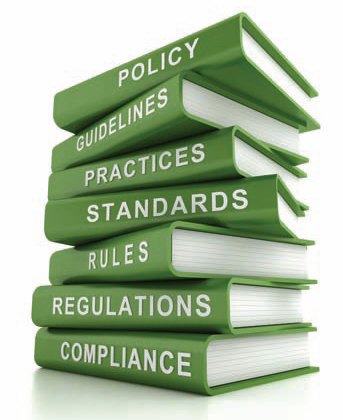 In 1973, I was dealing a blackjack game at Harrah’s Casino in Reno, Nevada, and two gentlemen came into the pit and took the cards off of an adjoining table game, placed them in a plastic bag, filled out some paperwork, and left. These gentlemen were field agents for the Nevada Gaming Control Board, and this was a terribly exciting and interesting event. This was my introduction to gaming regulation, and at the time, Nevada was the only state in the nation that had legal casino gaming.

In the 1970s, I embarked on an analysis of the Nevada Gaming Control Board as a dissertation project for a Ph.D. program in economics, concentrating on the years 1945-1966. I believe these to be some of the most critical years in the evolution of the Nevada, and therefore, the U.S. gaming regulatory model.

While gaming became legal in Nevada in 1931, it never attracted much regulatory attention until 1945, and that was primarily centered on an effort to tax the industry to generate revenues for the state. The board itself was founded in 1955, and in 1959, 11 pages of regulations guided it.

I moved into the casino industry in operations and was regulated for over 30 years, including a stint on a board of directors that caused me to file gaming applications in over 100 jurisdictions. Then, apparently being totally confused as to the direction one was to go through the revolving door, I became a regulator, first as a commissioner in the largest gambling state in the nation and later as an executive director in a foreign jurisdiction.

The point is, gaming regulation has been a significant part of my adult life, and I have technically been an adult for a very long time. I have also never been more pessimistic as to the future of gaming regulation.

I am a critic of much of what passes for gaming regulation, a fact that I kept somewhat to myself as an operator, and became more vocal about as a regulator. It was my sense that my criticisms would have greater credibility if I could use the pronoun “we,” but mainly what I have managed to do is annoy regulators with my comments. I am OK with that, but that is not my intent.

Before one can begin to talk about trends in regulation, I believe it is important to understand the reality of the gaming regulatory entities within the states of the United States. First of all, the state agencies are monopolies, and I believe some often behave like monopolies, offering slowness to innovate, low service levels and high prices.

Moreover, they are bureaucracies, and this is not a structure that is known to facilitate innovation and speed to market. In addition, many of these bureaucracies have policies that are shaped by government unions and civil service protections, and while these are great, they make for management challenges that one does not typically find in the private sector.

Finally, they are dependent upon legislatures for funding, and legislatures do not like spending more money in this area, for they cannot collect nice campaign contributions by pushing for better regulation.

These are structural, institutional and historical challenges that one finds in gaming regulation today.

In and around the industry side, things have never been moving so fast. Technologies involving gaming and near gaming products, and the entities that surround them, are exploding across the landscape at a pace that no one can completely understand. The complexity of the industry and its regulatory challenges has never been greater, and this explosion has recently found a new source of fuel provided by the legal changes involving sports wagering, definitions of what is gambling, and a technological world that is changing at an incredibly rapid rate.

What I am suggesting is that presently the gaming industry finds itself at a Malthusian dilemma where the industry is moving along at an exponential growth rate, driven by legal changes and technological innovation, and the regulatory agencies are moving along at an arithmetic rate. This is the most significant source of tension that exists in gaming today, and how this tension is resolved will shape the majority of trends for the future.

What needs to happen, I would suggest, is a cultural revolution within the agencies, a structural revolution in how the industry is regulated, and enlightened politicians who are more interested in doing the right thing than padding their campaign war chests. None of this, I unfortunately believe, will happen.

So what we find is a world of increased mergers and acquisitions (often involving foreign entities), new financial structures like REITs, new gaming verticals, gamblification, social gaming, skill-based gaming, mobile gaming, AML, payment innovations, esports, huge challenges in game integrity, massive data protection issues, the launching of sports wagering, geolocation, cryptocurrencies, new threats of problem gambling, and on and on the list grows—all within a regulatory environment that cannot expand its employee base and secure the other resources they need to do an adequate job.

And how are the politicians responding? Not by strengthening the process but by pressuring the agencies to move forward in a mad grab for more government revenues, or to appease some lobbying group that could care less about the state or issues of integrity. “We need to start up sports wagering before the football season” is but one emblematic cry of politicians who absolutely do not have a hint as to the risks they are introducing into their jurisdictions.

I learned the gambling business in the old days from men and women who continually made the point that it was a privileged industry. I still believe that, but I seem to be in a minority. We need to slow the explosion of gambling in our society down, for there are huge issues before us including problem gambling, integrity, public policy and the like, the impact of which we do not understand.

Without slowing things down, we run the risk of the worst type of regulation, that being regulation by prayer, and I sincerely believe that regulation by prayer will be the biggest trend in 2019. In short, the trend is we are beyond the tipping point in trying to do too much too soon, and our regulatory agencies are overwhelmed.