With notable departures in leadership, gaming is transforming its succession plans 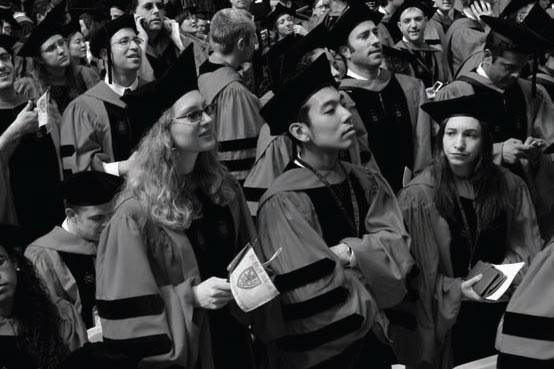 The year 2018 has been memorable for Las Vegas, not for the arrivals, but for the departures. At year’s end, three of the defining characters in modern casino management, Steve Wynn, Bobby Baldwin and Felix Rappaport, have left the building, the latter, sadly, for the last time.

A trio that inspired and mentored dozens of today’s industry leaders, schooling them in a distinct culture of customer-centric hospitality, development and management, have exited. Their legacy is secure in today’s C-suites across the gaming and hospitality industry, but their particular approach may soon be to change.

One of the defining trends of recent decades has been the influx of MBA graduates coming from outside of gaming and hospitality to management roles in large gaming companies. It started with Harrah’s and Gary Loveman’s MBA hiring program, which was replicated throughout the industry. It is a far cry from the scene in Paul Verhoeven’s Showgirls, when dancer Nomi Malone questioned the meaning of her superior’s MBA designation.

This approach has reaped success and is set to endure, as fresh investment is made to the industry, corporate consolidation continues and the need increases to hire people who have the skills to progress large and complex organizations. Moreover, we are now at the time when retirement calls for many of those that built Las Vegas and Atlantic City over the past decades. Qualifications are as important as experience in 2019.

Hiring MBA graduates and from outside the industry throughout the 2000s has undoubtedly brought benefits in terms of fresh and innovative thinking as well as best practice, as seen in other industries. The capture, collection and analysis of customer data in a centralized manner has been the most noticeable outcome of this strategy, as has the structured and collegiate approach to decision-making, where once the decisions were the preserve of the founder or owner of the enterprise.

This generation of management has now been in place for over a decade, and there is recognition that unlike previous gaming executives that were pigeonholed in this industry, their skill set is highly transferable and desirable, yet many of the executives have no desire to leave. Rather, there is a growing desire for these hires, now in their second decade in the industry, to further transition to senior management and assume key leadership roles with greater responsibility, either within the existing market players, the corporate parents, or indeed to take roles within competitors in the online or land-based spaces.

Within Las Vegas, we have already seen key hires made from the MGM and Caesars talent pool, with Station onboarding Thomas Mikulich and Josh Swissman from MGM and Mike Salzman leaving the Caesars development team to build the Las Vegas-to-Los Angeles train for Brightline.

Elsewhere, MGM corporate executives like David Tsai and Chris Gumiela have moved to property level, as Las Vegas-based companies needed qualified boots on the ground to manage their expanding regional footprint and implement more focused strategies that were once the responsibilities of traditional hospitality professionals. It may be that as the corporate center streamlines at a senior level, this movement of people outward for new challenges will continue.

The question arises in how this affects tribal holdings or companies where the founder or dominant executive still has an operational presence. Tribal operations are similar in many ways to family offices, and many of those that have worked for Wynn, Boyd and Las Vegas Sands have likened the experience to working in a family business. On Rappaport’s passing, MGM CEO Jim Murren remarked on his two decades as part of the MGM family, a telling legacy to the culture that the former generation of leadership had created, where longevity and cultural acquiescence were valued above educational attainment.

Indeed, there is much that these companies can gain from the successful transition from family businesses to family offices, where external professionals, again from the private financial sector, have come in to assist in planning and analysis, not to mention strategic leadership. As the Seminole experience shows us, tribal casinos can evolve from single assets to global brands and multifaceted enterprises.

Bernhard, Green and Lucas’ insightful University of Nevada, Las Vegas paper, From Maverick to Mafia to MBA, charted Las Vegas’ leadership evolution. It may be that 2019 will be the year when this transition completes, not just in Las Vegas but throughout the industry. For tomorrow’s executives, Excel formulas and pivot tables have a greater importance than the culture forged in the lights of 1980s Fremont Street and the Atlantic City Boardwalk.